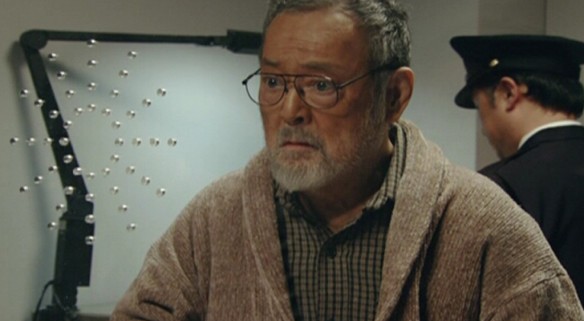 Masaru Okunishi is a prisoner who has been on death-row for over 40 years. In 1961, 5 women died from drinking poisoned wine in a small village gathering in Nabari City in Mie Prefecture. After his arrest, he appealed his innocence on the grounds that the police coerced his confession. He was found not guilty in the first trial. However, it was overturned and he received a death sentence in the second trial, which was upheld by the Supreme Court in 1972. Since then, Okunishi has continuously appealed for retrial, fighting against the horror of capital punishment.

This TV dramatization of the Nabari Poisoned Wine Case depicts Okunishi in an isolated cell, his mother’s unwavering belief in his innocence, and the effort of people who have rallied to Okunishi’s defense.