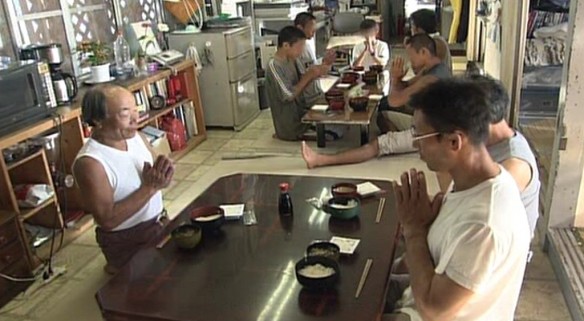 In the 1980's, juvenile delinquents and truants were becoming big social problems. Totsuka Yacht School was reeducating those children, with severe training which included physical punishment. However, after the deaths and disappearance of a few trainees, Hiroshi Totsuka, the principal of the school who was once hailed a "hero of the era" was suddenly being judged as evil.

As the camera follows Totsuka, it also sheds light on the school and its philosophies from different angles. Physical punishment has been supposedly banned, but Totsuka still adheres to his principles of unforgiving training being the best way to help grow socially-inept and emotionally damaged young children into strong adults. However, controversy dogs the school still today; yet another tragedy surfaces, forcing the media to reflect on the school’s role in today’s less forgiving attitudes toward corporal punishment.