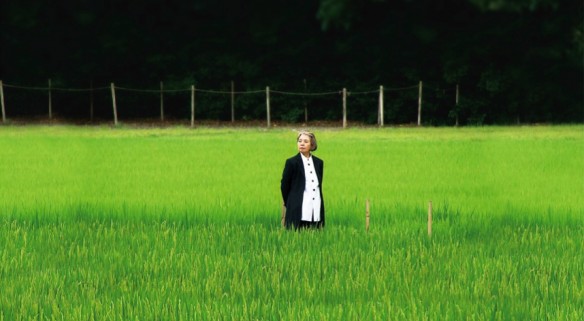 Journey of the Gods: The rebuilding of Ise Jingu Shrine

The Shikinen Sengu ceremony takes place every 20 years at Ise Grand Shrine, where all the shrines within its precincts are reconstructed and the gods are transferred to the new houses. This documentary entails 70 year old top actress Kirin Kiki on her first pilgrimage to Ise, and her meeting with Hirohiko Okano, a poet of outstanding cultural contributions.

Having won many film awards such as a Japan Academy Prize, Kirin Kiki is one of Japan’s most notable actresses. We begin at her home in Shibuya, Tokyo, where we find her cleaning. “One day in my life, I would love to go. Such a large number of people come together,” she says wistfully of the pilgrimage to Ise Grand Shrine. Kiki strolls through the Inner Shrine of Ise, where the god is to be transferred to the new shrine during the ‘Sengyo no Gi’ ceremony. While enjoying another course to the shrine by boat, she is treated by pious locals .She also has a chance to go beyond the hills of the shrine’s forest, and  visits Toba Kuzaki’s “Ishigami God”, who is said to grant women’s wishes. What is God? What is prayer? Searching for the answers, she continues her journey. Thus, she travels to Itō city in Shizuoka prefecture, where she meets with 89 year old poet, Hirohiko Okano. War, earthquakes, and the Ise Grand Shrine… Here, she catches a glimpse of the poet who incorporates voiceless voices of the deceased into the prayers for the future.

Another one of her visits is to a tsunami-stricken city in Tohoku. Kiki is touched by the smiles of the people who has gathered at the shrine that has been rebuilt with thinned wood from the shrine’s forest. The climax of the movie is ‘Sengyo no Gi’ ceremony. The following morning, Kiki pays homage at the brand new shrine, and in front of a white drape known as a ‘mitobari’, she is enveloped in an atmosphere of neither dream or reality.
At the shrine, she sighs, “I feel rather happy...”

Available in English and French.