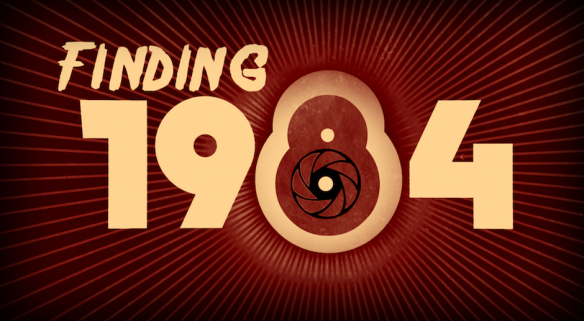 "Nineteen Eighty-Four" is a masterpiece among science fiction novels that keeps influencing the world, including Haruki Murakami and Michael Moore, and significantly influences films, music, literature fine arts, and more. In 2014, 30 years after 1984, this documentary explores the subject matter as it relates to today's world and how proliferating technologies escalate the 'monitoring of society'. This documentary pursues the current situation in which the "invisible" surveillance society with information technology emerges (not depicted by Orwell) by interviewing top creators and journalists from around the world including Ryuichi Sakamoto and Mamoru Oshii, who are leading Japanese "artists", and Michael Radford, who is known as the director of the movie Ninteen Eighty-Four. "Finding 1984" sheds light on the true nature of the present society 30 years after 1984 - the year set in that novel - and then foresees the future society. In the present time, 30 years after the period set in the novel, the IT-based surveillance (not depicted by Orwell) is steadily progressing. For example, the history of internet use is analyzed without notice. Radford interviews people about the fear of such "invisible" monitoring. He attempts to have dialogue with related people in the IT media field who startled the international society.