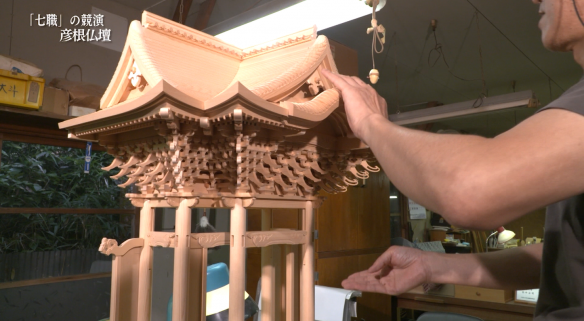 Hikone Butsudan, or Buddhist altar, is a traditional craftwork from the castle town of Hikone City, Shiga Prefecture. It`s origins can be dated back to the Edo Period. There are seven steps in the creation process of the altars, which are conducted by the ‘Seven Masters’. Each master is a specialist in one particular skill, and it is only through their combined efforts that they are able to produce their intricate creations. The camera follows the Seven Craft Masters who create their  interpretation of ‘Pure Land’ Buddhist teachings into their altar making.

Part of the "Artisans of Japan Series"!