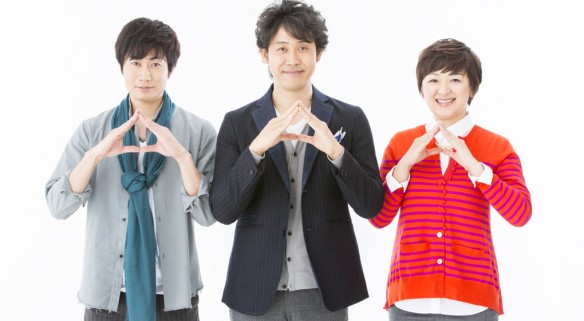 Hungry Hoppers - Pigging out around Japan

This crazy and entertaining food show hosted by Yo Oizumi, a Japanese rising actor/star, follows three comedic guys known as the "Piggy Family" as they travel around Japan seeking out the local hidden delicacies that Japan's world renowned cuisine has to offer. Watch as the guys travel in their minivan, named "Onigiri Go," from town to town looking for unique, delicious foods only available in the places they travel to. While they travel to their destination in their cramped van, laughter ensues as we see the guys talking, having fun, and sometimes quarreling. Each episode features one of the Japan's local areas highlighting its unique residents, distinctive scenery, and of course the hidden local delicacies that can be found. It acts as a guidebook of the local areas of Japan. Let's pig out around Japan! *We have 41 episodes with English subtitles produced in 2010 and 2011 that are available for VOD.